Personal data as a currency in the digital age

Privacy will be the currency of the future: this is how we will pay for purchases with our data.

Lawyer and project manager of the Swiss Institute for Disruptive Innovation, Paola Sonni argues that the currency that will change markets will be our privacy.

Once there was barter, then came coins and now begins the era of bitcoins. Many say with certainty that cryptocurrencies and digital transactions will be the future of economic transactions, but there is a voice out of the chorus that the currency that will change the markets will be our privacy.

A decade ago, Clive Humby the famous UK mathematician coined the phrase “Data is the new oil”.

From Snowden to the Cambridge Analytica case, the relationship between technology and personal data processing has been hugely debated in recent years. On one hand, there are companies, not just technological ones, who abuse it, and on the other, there are consumers. In the midst of politics and institutions that always arrive late in drafting effective regulations to regulate a delicate situation, with strong ethical and economic implications.

Indeed, at times it was politics itself that got on the dock for using the personal data of web users to influence their voting decisions. At a European level, a few years ago the infamous GDPR should have put an end to the indiscriminate use of sensitive information. But, let’s face it, the addition of some fines – which, however high, often do not affect the budgets of the sanctioned entities in the least – there wasn’t the expected effectiveness.

Except for a few moments of hype due to major scandals, public opinion, people, seem to give weight to the issue at alternate moments and with little knowledge of the facts.

Paradoxically, the souls of the privacy champions have been inflamed by the Immuni app, effectively limiting its diffusion, while the cashback app has been a success in terms of downloads. And what does all this have to do with currency? Paola Sonni, lawyer and project manager of the Swiss Institute for Disruptive Innovation, explains this to Tiscali News.

Paola, when it comes to the future and money, everyone thinks of cryptocurrencies. Instead, you talk about privacy. The concept is not immediate; can you explain it to us

Companies use our data to track us, create identities, and to create marketing strategies and new products or services tailored to our buying habits, and that we are most likely to buy. Laws and regulations struggle to keep up because technological evolution is infinitely faster than politics. People, the users, have not yet developed a sensitivity to fully understand what is happening and give away their data in exchange for convenience. Do you want to make all the Christmas gifts from your home in a few clicks? You pay with your data.

A currency becomes such when there is a value recognized by both parties involved in a transaction, and at that moment it acquires a purchasing power. Soon the day will come when the public domain will become perfectly aware of the market value that personal data and information have, consequently, having a value, the same data can be spent, just like the money we have in the current account, instead of given away.

The scenario he describes is incredible but implies a fundamental premise. Why do you place so much faith in awakening people’s awareness?

Simply because it is inevitable. The current legislation on paper is very valid, it is its application and above all the controls that enter into crisis. First of all, because the tools are lacking, and often also the suitable profiles. Second, because the technology companies that are normally accused have an economic weight that has now become indispensable. And I am not referring only to their turnover but also to the incredible supply chain that depends on these companies. When we talk, for example, of Facebook, we cannot fail to consider millions of companies of all sizes, consultants and professionals who live thanks to the pages of that social network. We cannot escape this game, but what we can do is learn the rules and become aware of the fact that within this system..

History teaches us that man, after having suffered, wakes up, adapts and reacts.

It is a change, and like all changes, it will emerge slowly. But the process has already begun. And the big companies have understood this in advance.

What do you mean?

2020 was a dramatic year but one that triggered something positive in the collective sensibility. Having been challenged all our certainties, we opened our eyes, realizing that a new scale of values is essential for our survival.

We have recognized again what is important. Some multinationals have already understood this. It is no coincidence that several of the big brands have engaged in activities that have positive effects on the environment and the community.

It is no coincidence that Apple, for example, has recently declared that it will disable the use of third-party cookies from its devices.

Will technology play a negative or a positive role in this change?

There is no good or bad technology. From our point of view, the conscious use of technology will contribute to the formation of a more responsible and critical community. In every innovation, threats and opportunities are two sides of the same coin, it is up to us to learn how to make the most of them for our growth and that of the people we have close to us.

When we understand that our privacy is exactly like the money we have in our checking account, then, and only then, we will also begin to treat it as we treat money: we will try not to waste it, we will guard it, we will save it, we will even invest it. But above all, we will be very careful that they do not steal it.

Cultivated meat: that’s why it’s so good, safe and sustainable. 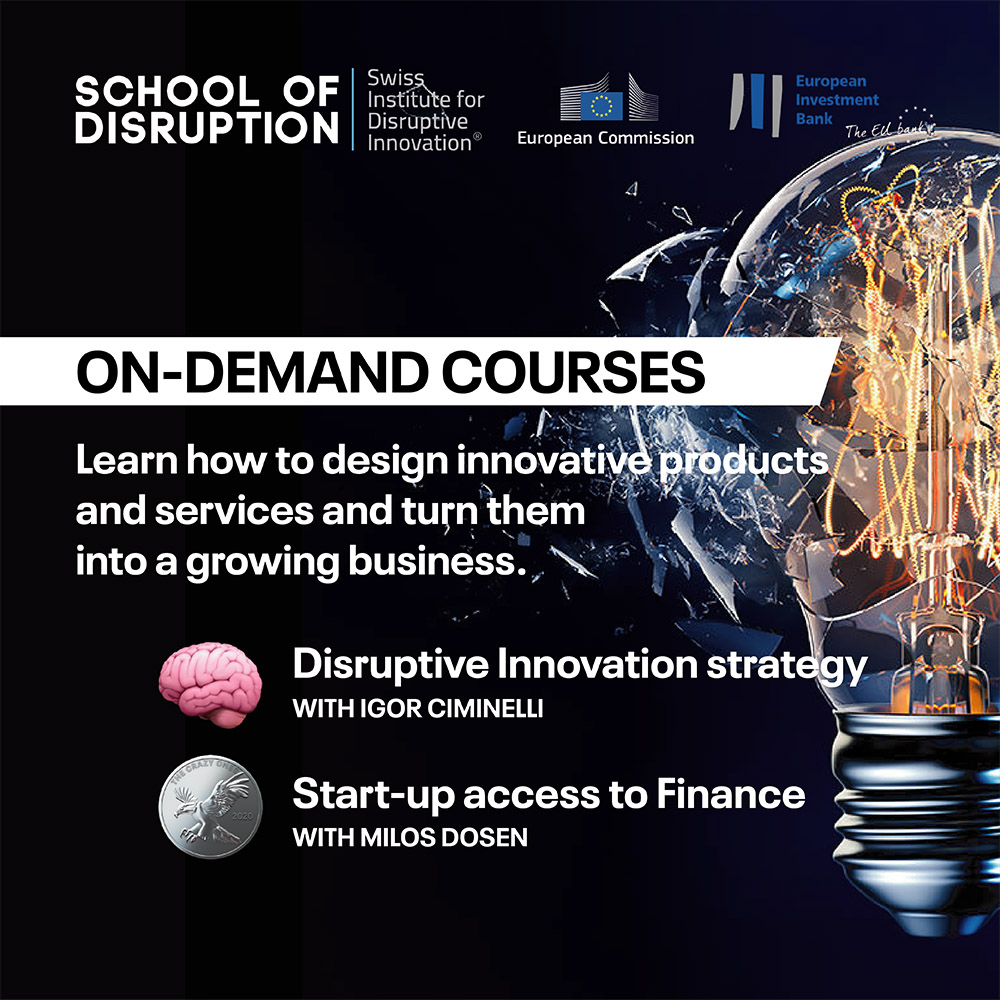 The world doesn't just have to be greener. Gradually this wording together with all those related to the theme of ecology, will have to...
Read more

The benefits of 3D printing are undeniable. This disruptive technology has in fact never stopped, improving itself, arriving in large-scale construction and even in...
Read more

VUCA is not an acronym for a spatial organization or a new 3D printer model. Instead, it is a question of a condition that...
Read more