Do you ever wonder what all is science capable of? Will we all live in a Sci-Fi environment with robots taking over our lives? Nothing seems impossible anymore. While we are discussing advanced technology, how can we not talk about Elon Musk? The man is done with populating Mars, fast-paced electric cars, transporting people with the help of the hyperloop, and underground tunnels that make traffic flow smoother- he is now interested in the human brain. Yes, you read that right. His new startup Neuralink is working on implanting computer chips in the human brain. The idea is to treat neural disorders but who knows what else it will be capable of? The prototype of the device, as shown by Musk in a recent event, looks like a large coin. It comes with ultra-thin wires that can be connected directly to the brain. To make it commercially available, Musk has to get it approved by the FDA and it will also involve complex human trials.

What is the world’s richest man up to?

Elon Musk’s net worth is about $209 billion and he is always coming up with ideas that seem impossible at a glance. Unveiled back in 2016, the Neuralink project wants to sort of upgrade the human brain. If his calculations are right, the chip in the brain could be a boon to humanity at large. It could enable paralyzed limbs to move merely with a thought signal.

Musk’s team has some experiments up their sleeves that might make the idea of Neuralink a little less (or more) daunting. They have implanted a wireless chip into a monkey’s brain. So now our ancestors can play Pong.

Monkeying around no more

The chip that has tiny and thin wires has been implanted in a monkey’s brain. The chip is basically attached to the skull and allows the monkey to play video games! Talk about mind games! In fact, Musk’s team attests that the monkey looks quite happy. Last year Musk unveiled a video of a pig which was monitored. The chip in Gertrude’s brain (the pig) made the activity reflect on the screen. It was just the beginning of the experiment that might soon bring the power of computers to the human mind. With full control of the sensory and movement function, Musk’s chip can alter how we interact with one another and ourselves. Musk believes in the foreseeable future, his experiment can allow individuals to actually save and replay memories! He adds that the chip will also enable the body to do tasks merely by the power of thought.

Will we become Cyborgs?

If we all measure our screen time and our endless dependence on computers and other digital products, you will understand, says Musk, that we are almost becoming cyborgs in reality. It is indeed possible to control a device with the help of hand motion, one can also use voice to instruct a device, face recognition and fingerprint technology is not unknown to us but it might slow us a tad bit. Musk’s idea is to cut off the low-bandwidth “middle men”, the devices, and establish a neural connection that is direct, between computers and the brains. Imagine getting things done at the speed of thought.

What are some popular opinions regarding Musk’s endeavor?

A professor at the University of Newcastle, Andrew Jackson, who is an expert in neural interfaces is of the opinion that the chip can push up the number of channels one can record. The earlier limit of 100 channels of information has been topped by Musk’s project that has obtained 1,000. The vice president of the Laboratory Investigations Department at PETA (U.S.A), Kathy Guillermo thinks it is nothing but bizarre, trying to control innocent monkeys.

Do you know that Gravity is therapeutic?

5 reasons you should study Space Architecture

The first spark of empathy was lit in the robots 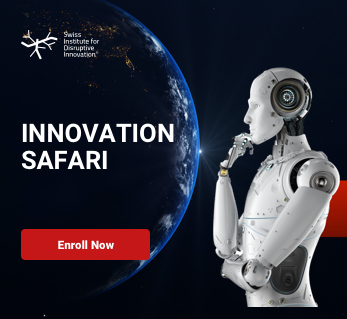 Scientific advances can sometimes change everything we’ve cherished or known about so far. Everything new springs from theories and scientists who work day and...
Read more

The first spark of empathy was lit in the robots

Have you always wanted someone to know exactly what you will be doing next? Someone who will pay attention, observe, and instantaneously do what...
Read more

Future’s data centers at the bottom of the sea

Our lives are totally tangled with technology whether you like it or not. The most expensive thing on this planet is no longer precious...
Read more